Thanks to ASCIS NZ for providing the running shoes used by all athletes in this study.

There are many factors have been identified in various studies which are known to influence running efficiency or economy. Key factors include vertical components of the ground reaction force[1,10], Horizontal components of the ground reaction force[2,3], vertical leg spring stiffness[1], stride length [6,7,8], ground contact time [2,4] and smaller changes in CoM velocity during the ground contact phase[6].

At the core of what makes one runner more economic than another is the simple ability to “carry” the peak velocity attained during the flight phase of the gait cycle through the ground contact phase with the least amount of additional energy expenditure possible. Put another way, it is the ability of the more economic runner to minimise the energy lost during the ground contact phase, through minimising lifting of the CoM (vertical GRF) and braking of the CoM(horizontal GRF), both of which require increased energy expenditure to accelerate the runner back to their desired velocity.

We propose that fundamental aspects of these factors may be combined to approximate the overall efficiency of the biomechanical aspects of running economy for a distance runner. This proposed RE metric would combine the following key RE components – 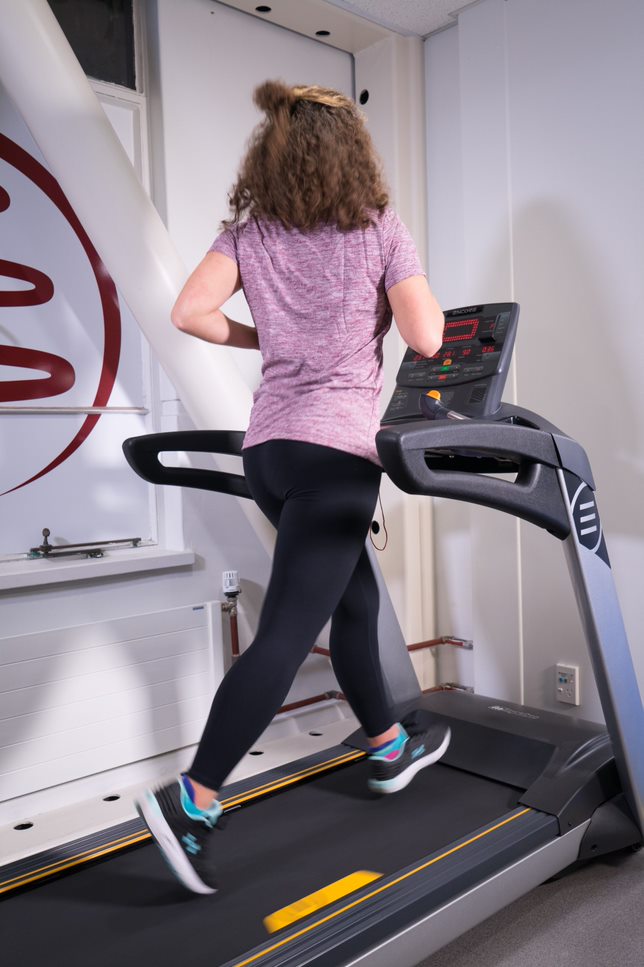 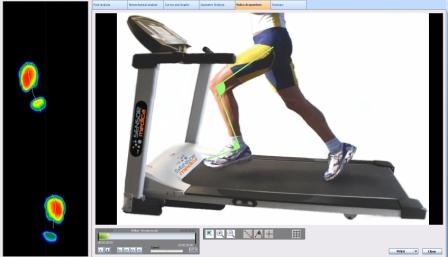 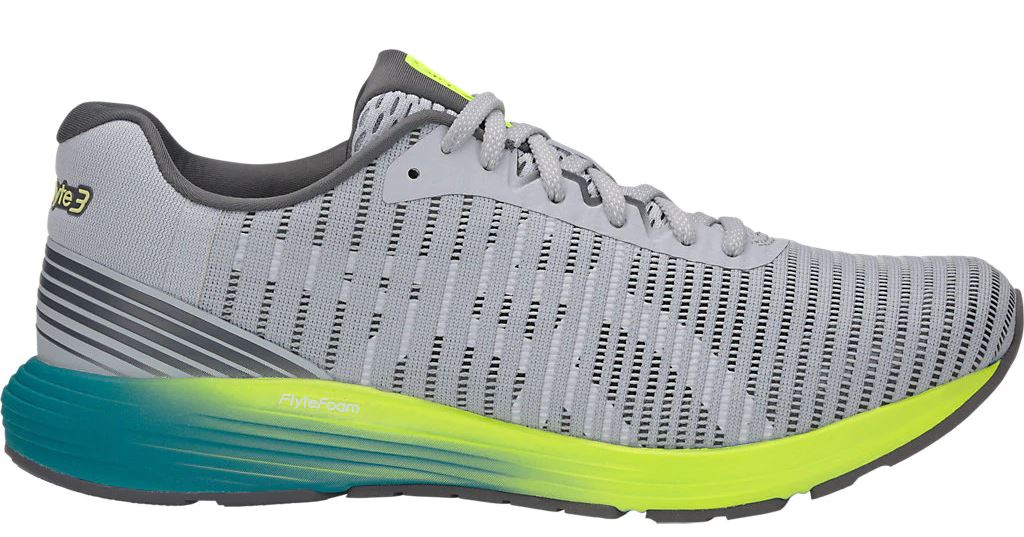 The goals of this trial are –

The running economy metric, output from the runVIBE sensor as a power value(watts), was measured while the test subjects ran at a steady state on a treadmill.

Running shoes used by the test subjects were standardised to remove any variability associated with footwear. All test runners ran in ASICS Dynaflyte 3 running shoes.

Testing was limited to a 2 minute timeframe to ensure that fatigue would have a minimal influence on the test athletes running technique.

The initial pilot study comprised 3 female and 7 male test subjects with varying levels of running experience. They ranged from competitive\country representative age group to recreational level athletes, though all had completed at least one half marathon distance race. 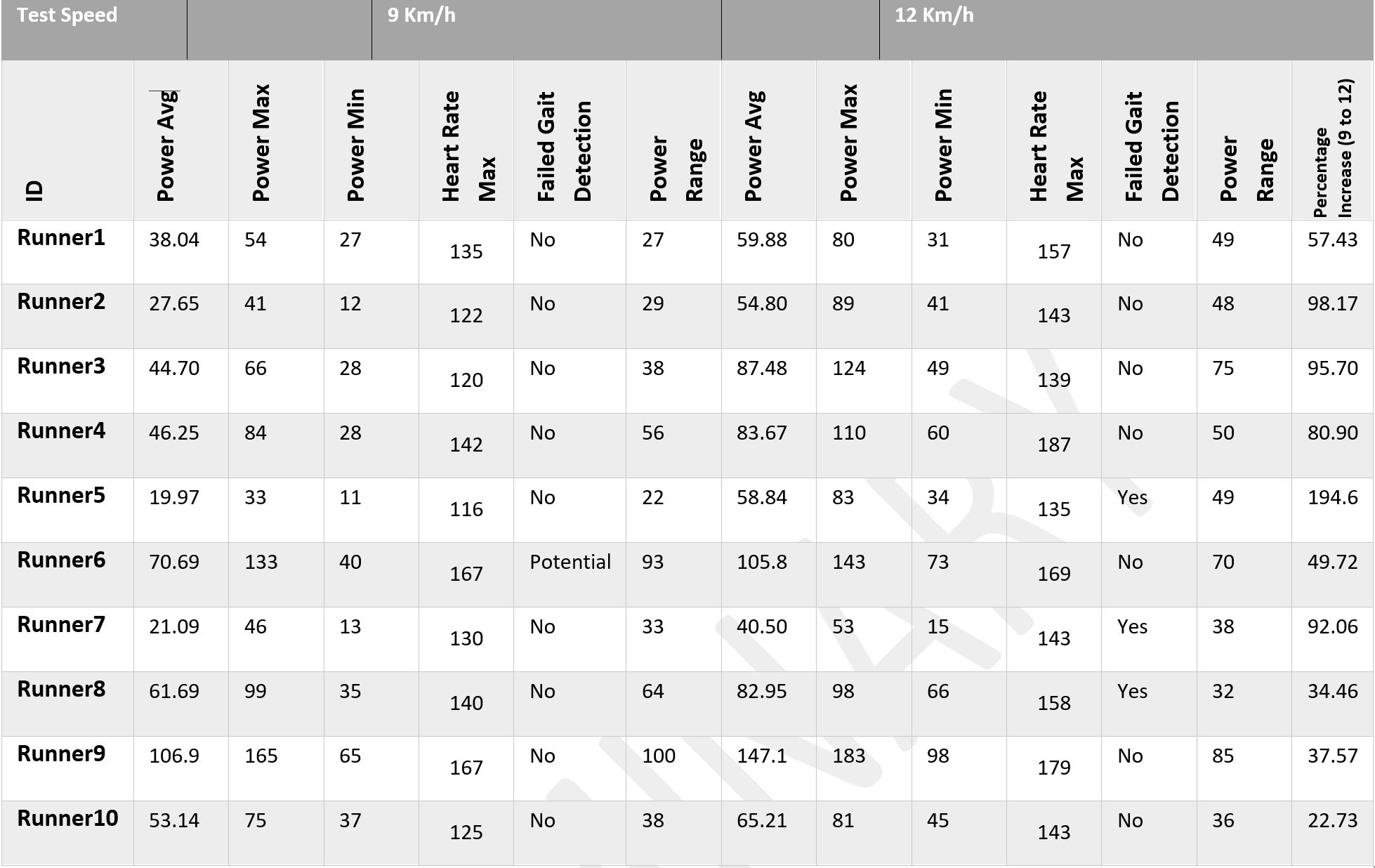 “I think a lot of the training with power principals from cycling could cross over into running to assist with training feedback, efficiency, training in zones, balance of right vs left and impact of training through the data capture.

I think the impact of training is one area that would be useful if the data can start to link up with overall training load and help an athlete better gauge the impact of some of training sessions and also help guide easy runs to make sure they are easy.  Also when you are tired this might help confirm that with lower numbers and promote resting or an easy run.”(Athlete 10) 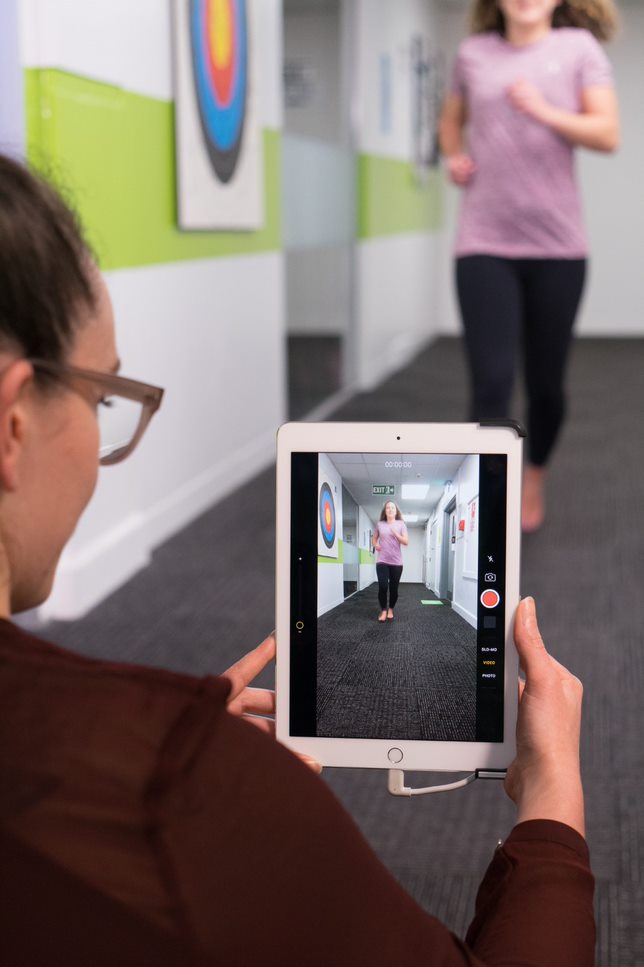 This pilot study provides an initial indicative view that “A baseline mechanical RE figure for an athlete can be determined by a metric which looks at the relationship between runner velocity, ground contact times and ground contact collision forces” .

One of the more interesting aspects of the results is that the ability to maximise RE at different running speeds, differed between athletes. Subject 5 is especially representative of this behaviour, where they exhibit a good RE at 9km/h, but the percentage of change exceeds the other subjects significantly at 12km/h.

This may be a result of either, that the runner –

The results indicate that, in a similar fashion to a swimming stroke rate ramp test to assess the sweetspots for a swimmers current technique, there is likely different velocities for each runner that maximises their economy, given their current biomechanical technique and therefore their RE values may exhibit similar curves to the swimming ramp test across different speeds

Typically, a true measurement of running efficiency or economy is not possible outside of a laboratory setting due to the requirement for gas exchange respiratory equipment to measure energy use, alongside the use of ground reaction force plates and video Gait analysis systems which are generally not portable or able to be used during exercise outside the clinical or laboratory setting.

While many strategies for gait retraining have been identified by biomechanists to improve RE, there has been no easy way to determine if these gait changes are improving any given runners RE outside of the gait lab. The proposed RE metric and associated sensor technology provide a means for a runner to more accurately assess, maintain and improve their own RE through feedback and guidance from their coach or biomechnical advisor.